I’m no stranger to the city. And I love it, mostly because each visit is always full of new sights, tastes, smells and weather. (Such is the novelty of traveling outside of San Francisco’s perpetual fog.).

This time, we were fortunate to have friends play host and tour guide during our stay, making the experience all the richer.

We started in Brooklyn on a Friday evening. And quickly adapted to the New York lifestyle by eating at a bustling ramen shop at 10 pm. (This was less by choice, more the result of a much-delayed Megabus arrival from Boston. Turns out the seventh circle of hell is Manhattan traffic during rush hour).

Greg’s friend Ryan hosted us, and after our dinner, walked us along the nearby Brooklyn Heights promenade. The view was pretty spectacular, as you can see. 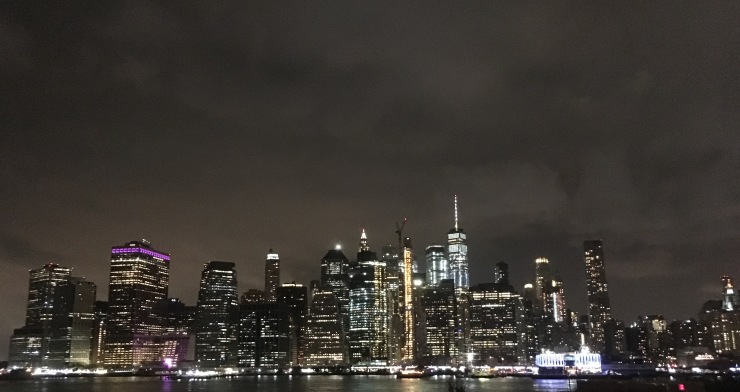 Just a few couples and chainsmoking teens occupied the benches along our walk. It was a crisp, peaceful evening; a true respite from the Manhattan madness we’d driven through earlier.

We adopted this relaxed pace ourselves for the rest of our three day stay. We’d make coffee in the morning and lounge around Ryan’s apartment, reading and engaging in staring contests with the black-and-white stray that stalked across the patio at random.

One beautiful part of travel is the luxury it has afforded us to do things like this — things that aren’t checkable on an itinerary or list of things to be accomplished. I’ve rarely passed a morning immersed in a book because plans and errands seem to always take precedence. Now, without the weight of things like lesson planning and laundry to crunch into two days, there is freedom to spend time in a way that once felt unproductive, or even wasteful.

This freedom also helps when moving so quickly between places, which invites fatigue like a Florida summer. With that in mind, we limited our scheduled activities in New York. One we looked forward to was Saturday brunch with my friend Melissa and her partner Mike at Emma’s Torch. The Carroll Gardens restaurant provides culinary training, ESL classes and interview prep to refugees during an 8-week paid program, helping them secure service industry jobs after their stint. 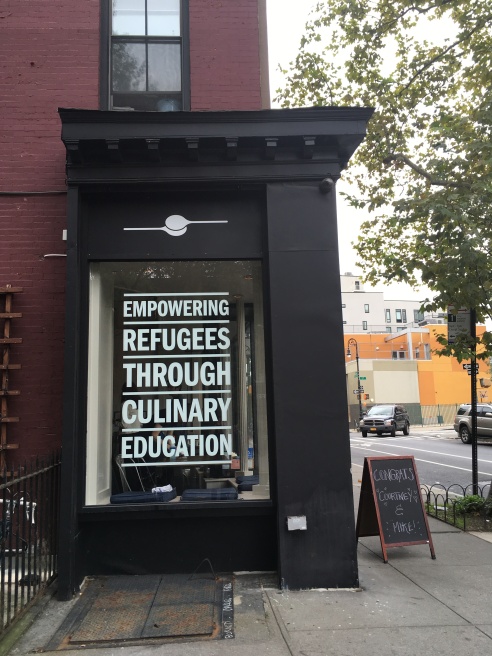 Emma’s menu was also my jam. It’s adventurous yet approachable, featuring hipster staples (heyyyy, avocado toast) alongside Middle Eastern/North African fare (labneh and shakshuka). I found it hard to choose and opted for my usual — convince Greg to order one thing I wanted, while I ordered the other, and then split them (#marriage).

Emma’s waitstaff were attentive, and indeed hailed from around the world. The food was beautifully presented and prepared, if not highly memorable. More memorable was catching up with our friends and strolling through Park Slope post-brunch, before rewarding ourselves with sugar rushes from Donut Plant before parting ways.

Overcast skies and our flagging energy made Brooklyn Public Library’s central location an ideal next stop. Libraries in New York are sights unto themselves, testament to the city’s embrace — nay, worship — of literacy and life of the mind. This one is no exception.

Greg and I spent the next hour wandering its halls and paging through a history of New York’s waste collection system (him) and an encyclopedia of failed countries (me) to wind down our blissfully unstructured afternoon…all before summoning strength for competitive games at Prospect Park.

Our main reason for visiting NYC was our friend Shane’s wedding, which included a few casual pre-wedding events (a sack race and egg toss, followed by pool and ping-pong at Ocean’s 8 sports bar). The ceremony and reception were held the following evening at a former gentlemen-only establishment, the Montauk Club.

Founded in 1889, the private club was built by Francis Kimball, who was reportedly inspired by a palace on the Grand Canal to build the Venetian gothic edifice. The dark mahogony interior and carved woodwork, along with the stained glass windows, speak to his inspired design, which now hosts “Beer Club” and “Tarot and Arcane Arts” nights alongside other colorfully-themed events.

The Club has also become a popular wedding site since wisely scrapping its male-only policy. The ceremony and cocktail hour were held on its upper floor, which has a park-facing patio that is perfect for selfies.

Afterward, we made our way to the ground floor to dine, drink, and dance with new acquaintances and old friends (well, until the venue closed at 10). Like any good wedding guest, I cheered on the new couple, courtesy of a recent (and dare I say, excellent) purchase from a vintage store down the street. 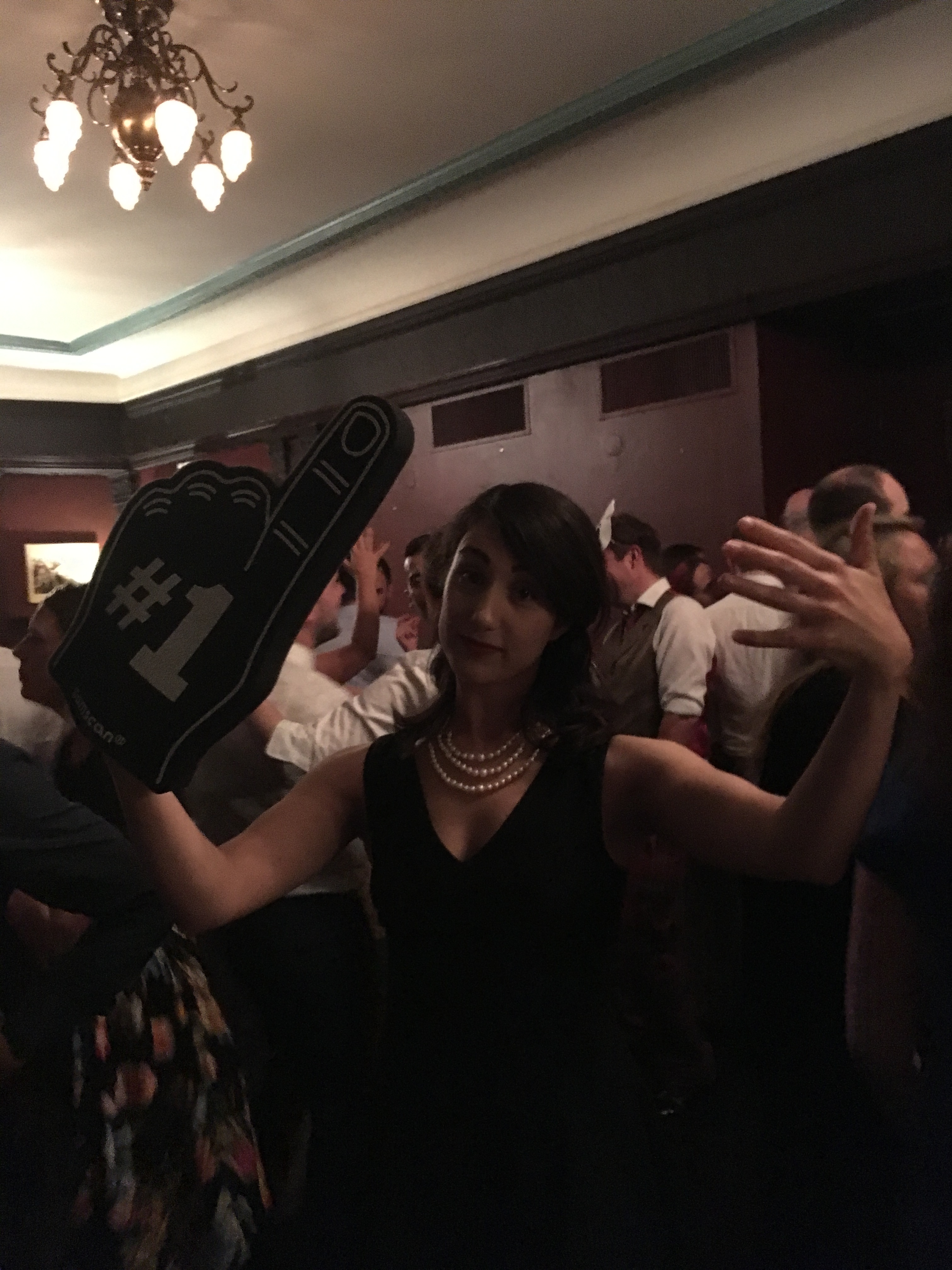 From the Montauk club, we headed to the afterparty, and then to a taqueria, somehow miraculously arriving back at Ryan’s with sobriety to spare (so as, you know, not to miss our morning bus).

Of course, we couldn’t leave without doing one thing. You know, that very, very touristy but very, very delicious NYC thing.